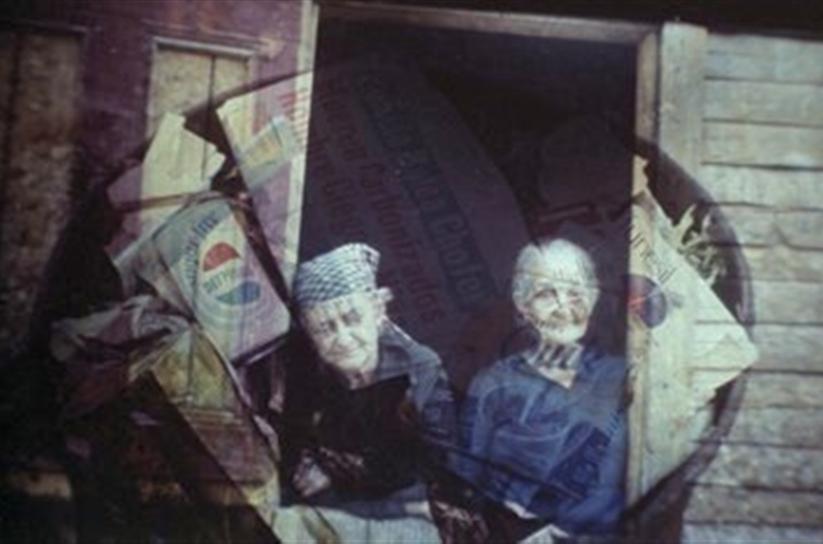 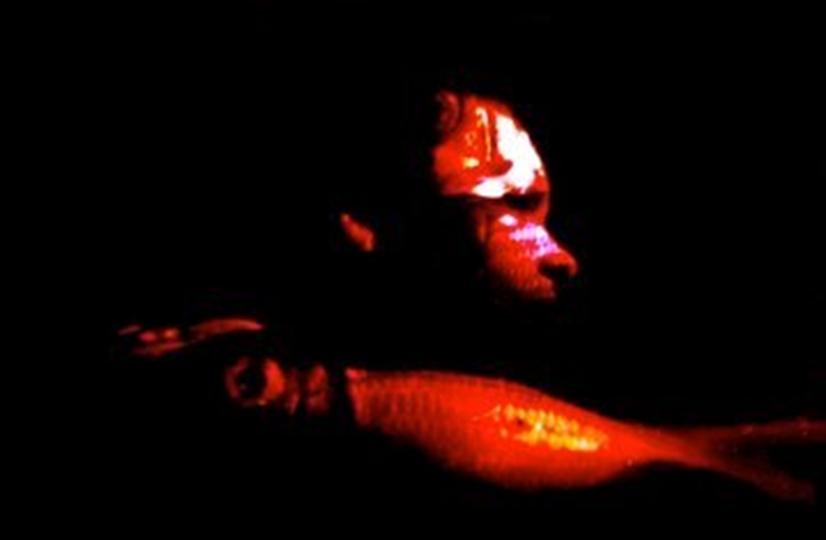 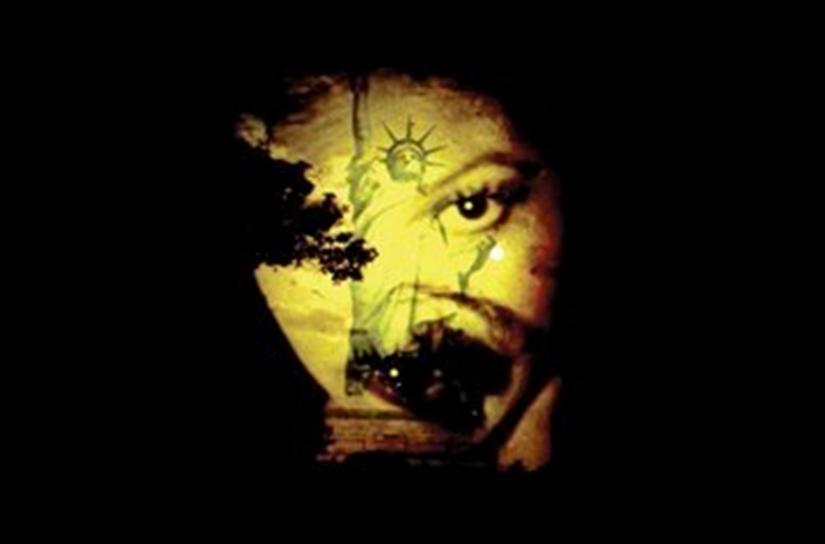 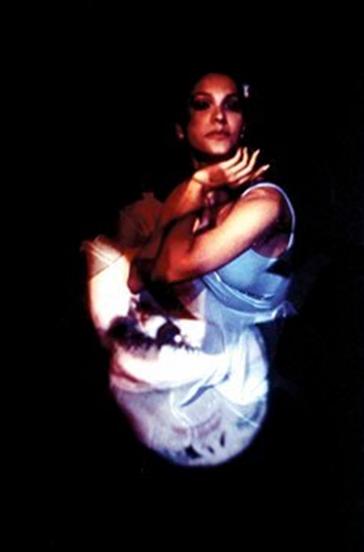 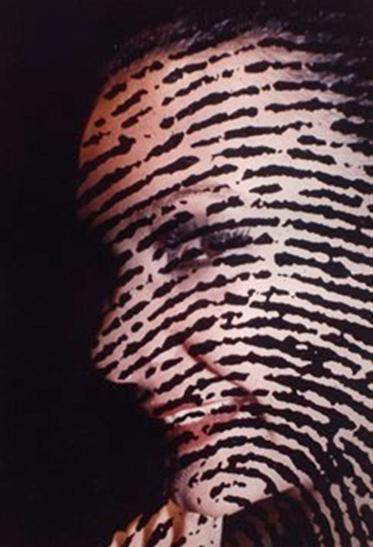 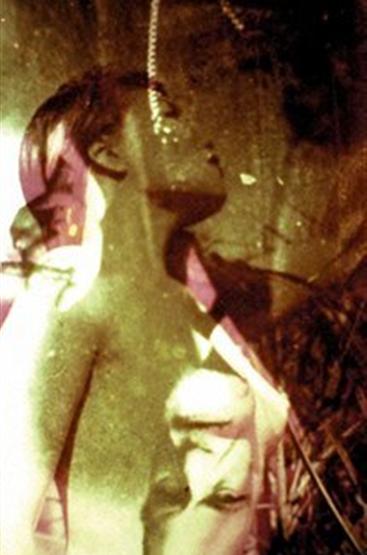 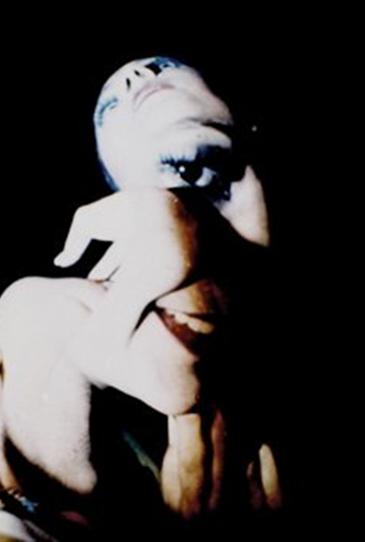 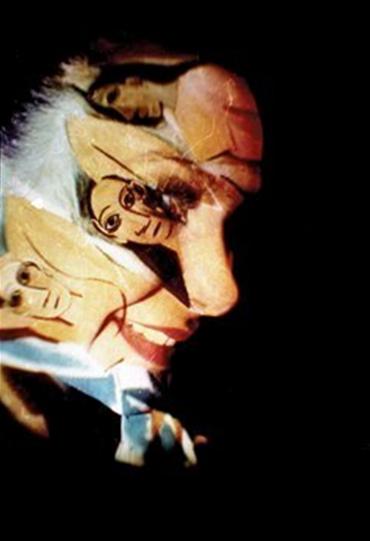 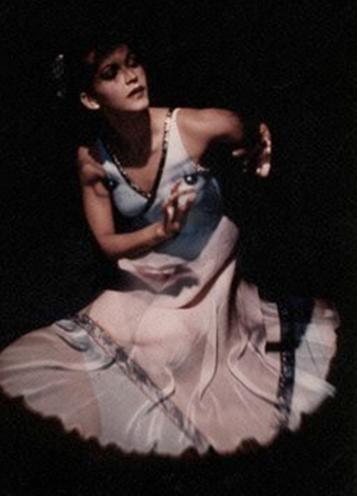 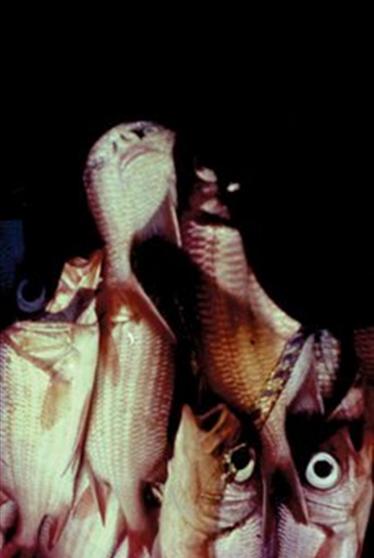 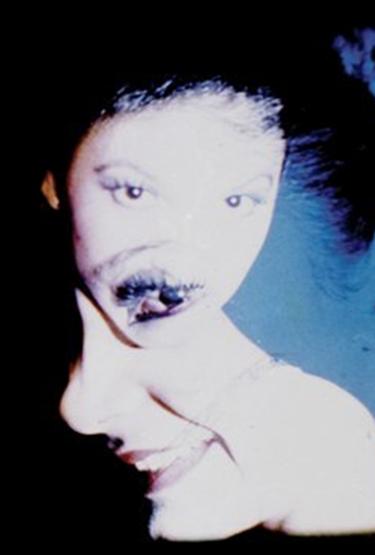 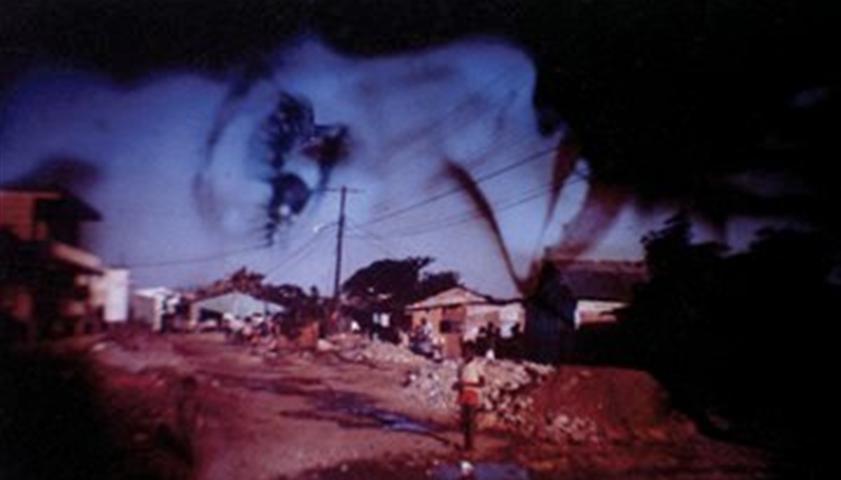 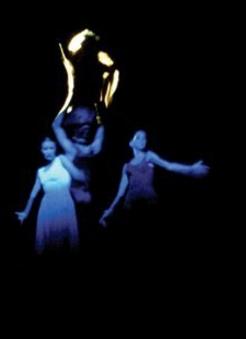 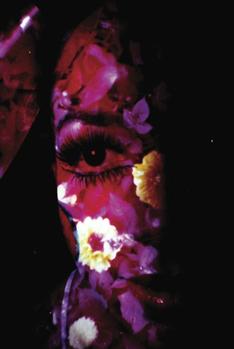 Despite this, a simultaneous series titled Interiors   explores more   complex, affirmative aspects of life, with women at center stage as powerful, generative   forces.In contrast to the bold, legible print making style utilized in the works described above, Perez now seemed interested in the slow psychological deciphering of multilayered photographic images, superimposed for Instead of vulnerable, innocent victims, women emerge as elusive but powerful protagonists of Interiors. The Ghost of the Flower superimposes a face over flowers, extending the innocent meta-phor of the  work described above.