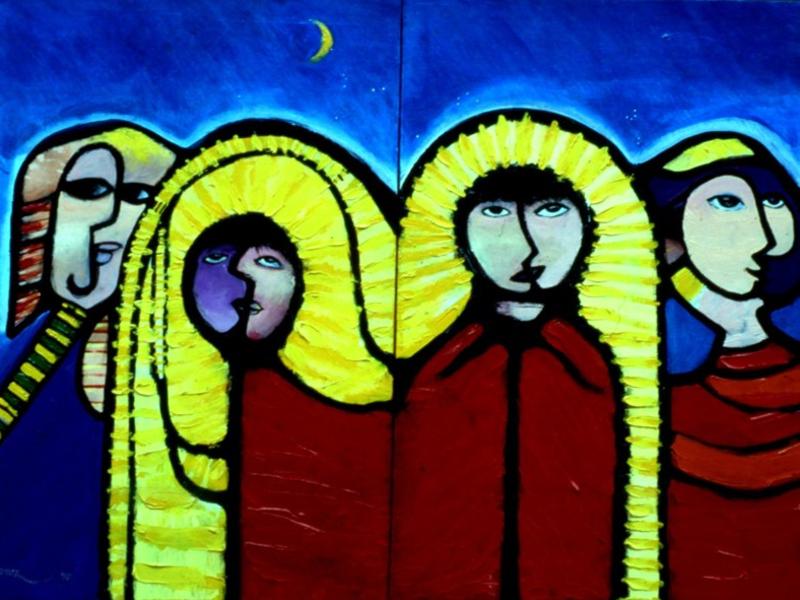 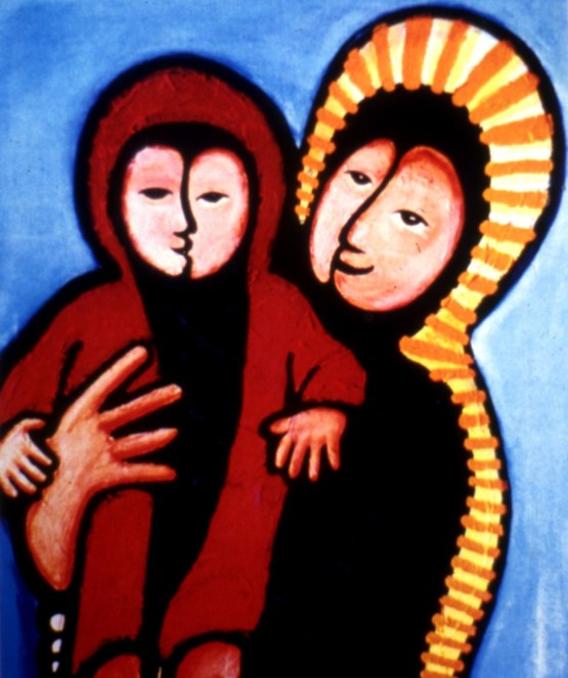 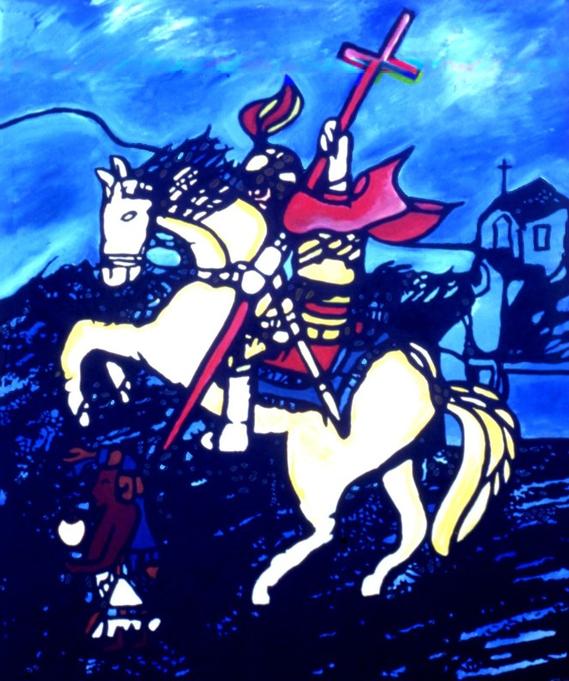 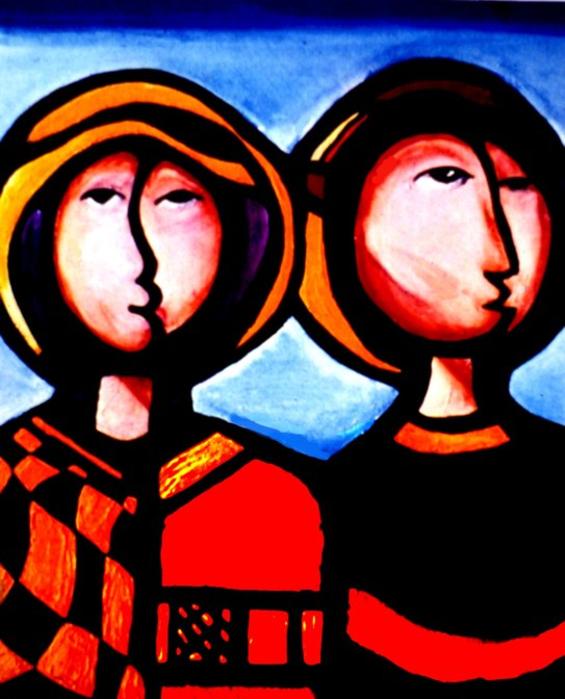 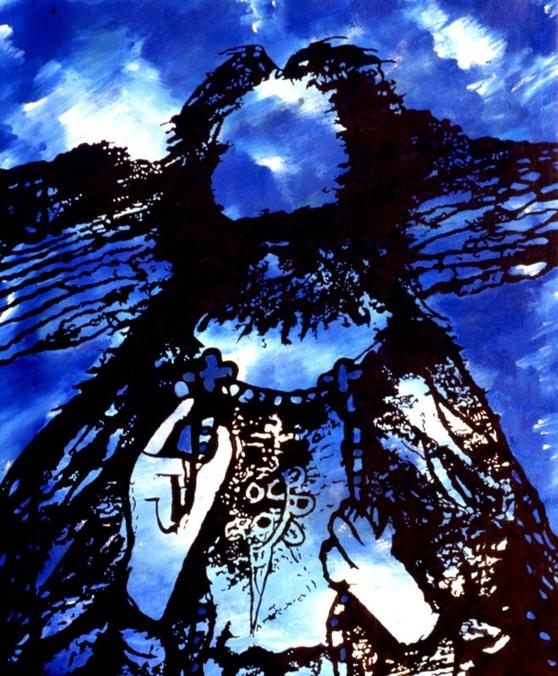 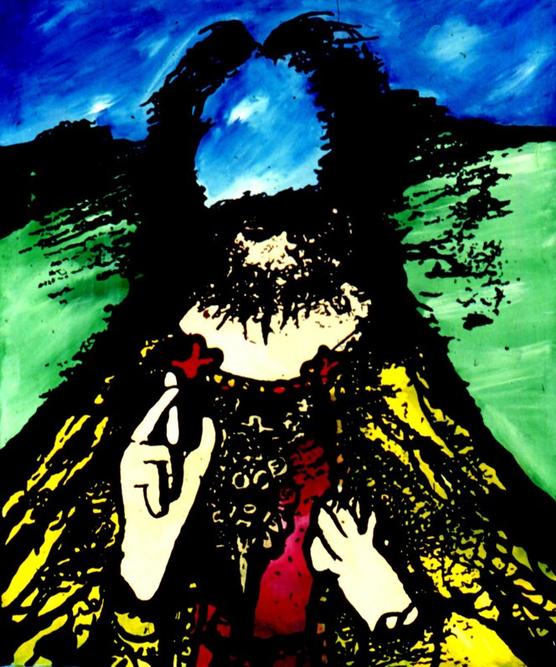 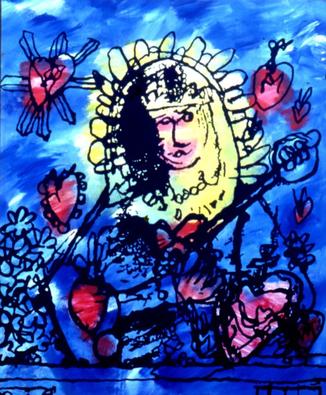 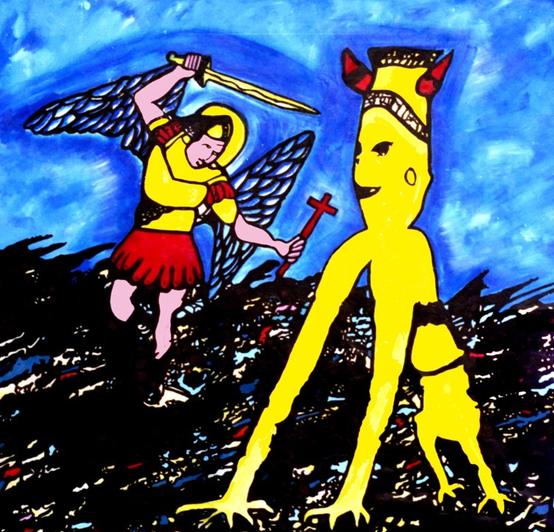 Now settled permanently in the U.S., German Perez began to paint large scale and evolved his own mature language,

a style that he called Caribbean Pop Continuing the vein begun in the Madonnas of 1990, a number of works captured the clash of cultures between theTainos and the Spanish missionaries